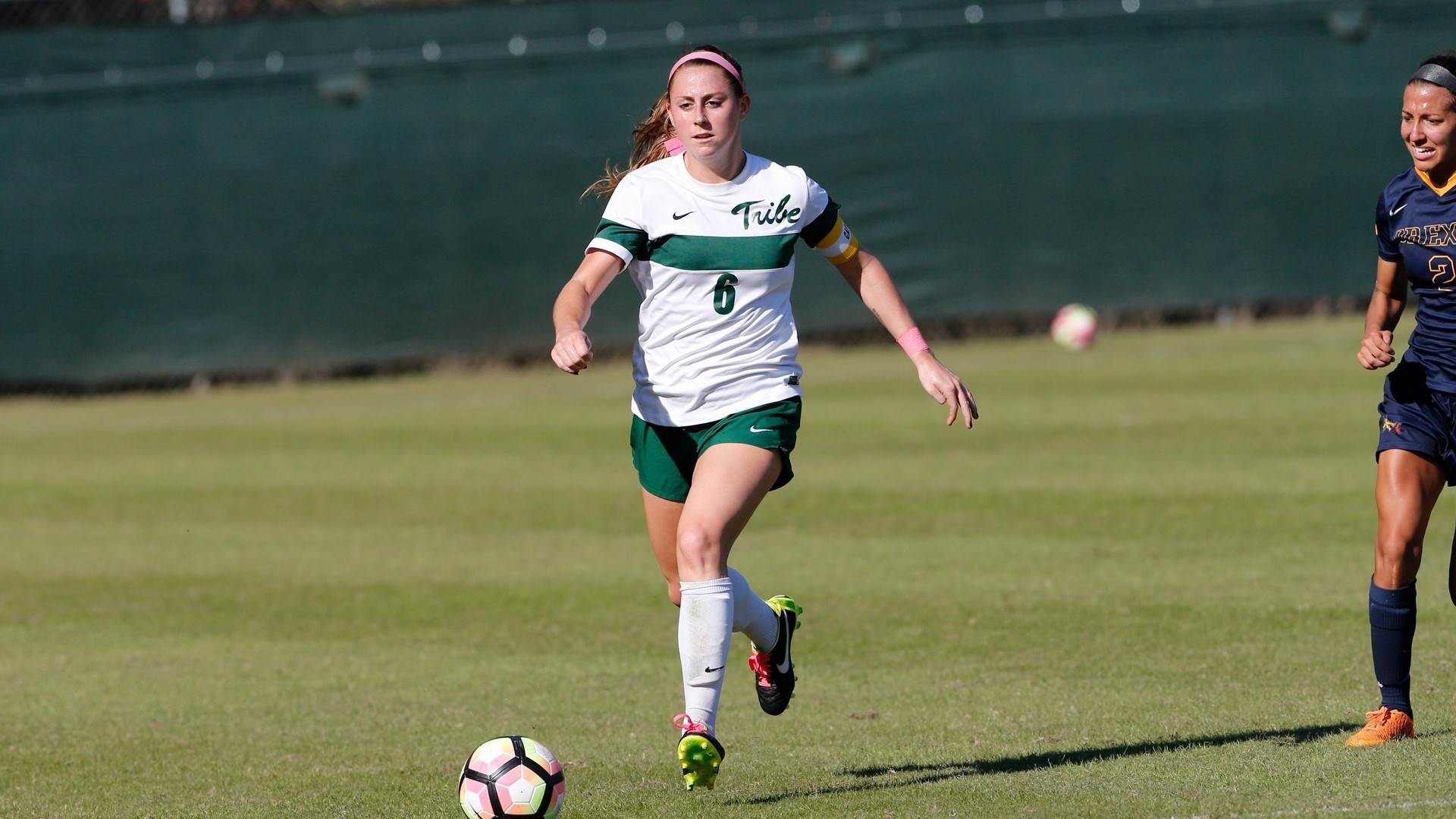 INDIANAPOLIS, Ind. – Former William & Mary women's soccer standout Clara Logsdon was named one of the record breaking 543 nominees for the 2017 NCAA Woman of the Year award.

Logsdon graduated with a degree in government, while she minored in business management and leadership. In the classroom, Logsdon earned Dean's List honors for her last two semesters. This summer, she is interning for the Speaker of the House, Paul Ryan.

Off of the field, the Clifton, Virginia native was involved with various community service projects in the Williamsburg area with both her Tribe women's soccer teammates and her sorority, Tri Delta. Every year, her and her teammates volunteer at the Grove Christian Outreach Center where they take part in beatification, organization, and distribution project to help aid the elderly, poor, and disabled members of the community. With Tri Delta, Clara is involved with two of the biggest fundraising events the sorority does with the fundraiser for St. Jude's Children's Research Hospital and the TribeTHON. Logsdon helps with her sorority's efforts to raise money around the area for St Jude's to make it possible for the hospital to conduct research and better understand how to treat and defeat childhood cancer, directly impacting children across the nation. TribeTHON raises money and awareness for children with pediatric illness at the Children's Miracle Network. Logsdon's led the PR charge to get the whole W&M community involved in what is a growing organization on campus Logsdon also volunteers with the local Williamsburg soccer community working with the with the local Virginia Legacy. With the Legacy works with the 5-12 age group soccer players. She also provides leadership and advice to children aspiring to grow as productive individuals/members of society as well as athletes. This past spring, Logsdon was a volunteer soccer coach at the local James River, elementary school.

In the summer of 2016, Logsdon was chosen for an unpaid intern for Williamsburg's Congressman Rob Wittman on Capitol Hill. With the position, she was able to the lead constituents through tours of the Capitol, represented the Congressman through discussion of hot issues with constituents, attended briefings and hearings within Congress, informed the congressman and his staff on critical areas of interests, and communicated with constituents via phone and email.

Logsdon wrapped up a very successful career with the Tribe in the fall of 2016. A two-year starter, she served as a team captain for her final season with the Green and Gold. Each year, she helped W&M to a winning record, extending the program's NCAA record to 36-consecutive seasons, while in 2015 as a junior helped the Tribe to a regular season championship and a berth in the Second Round of the NCAA College Cup. In her last two seasons with the Tribe she played every minute. She was named the 2017 CAA Co-Defensive Player of the Year after anchoring the Tribe defense to a 1.35 goals-against-average and six shutouts. Logsdon finished her career playing in 68 matches with 52 starts. She scored four goals, one assist, and nine points. A highly decorated athlete, she earned a pair of First-Team All-CAA selections, a pair of First-Team All-State honors by VaSID, earned ECAC First-Team All-Star honors, and earned a CAA All-Rookie honor following her freshman year.

For her efforts as a leader, student, community service, and player, Logsdon was one of 30 players that were announced as candidates for the Senior CLASS award.